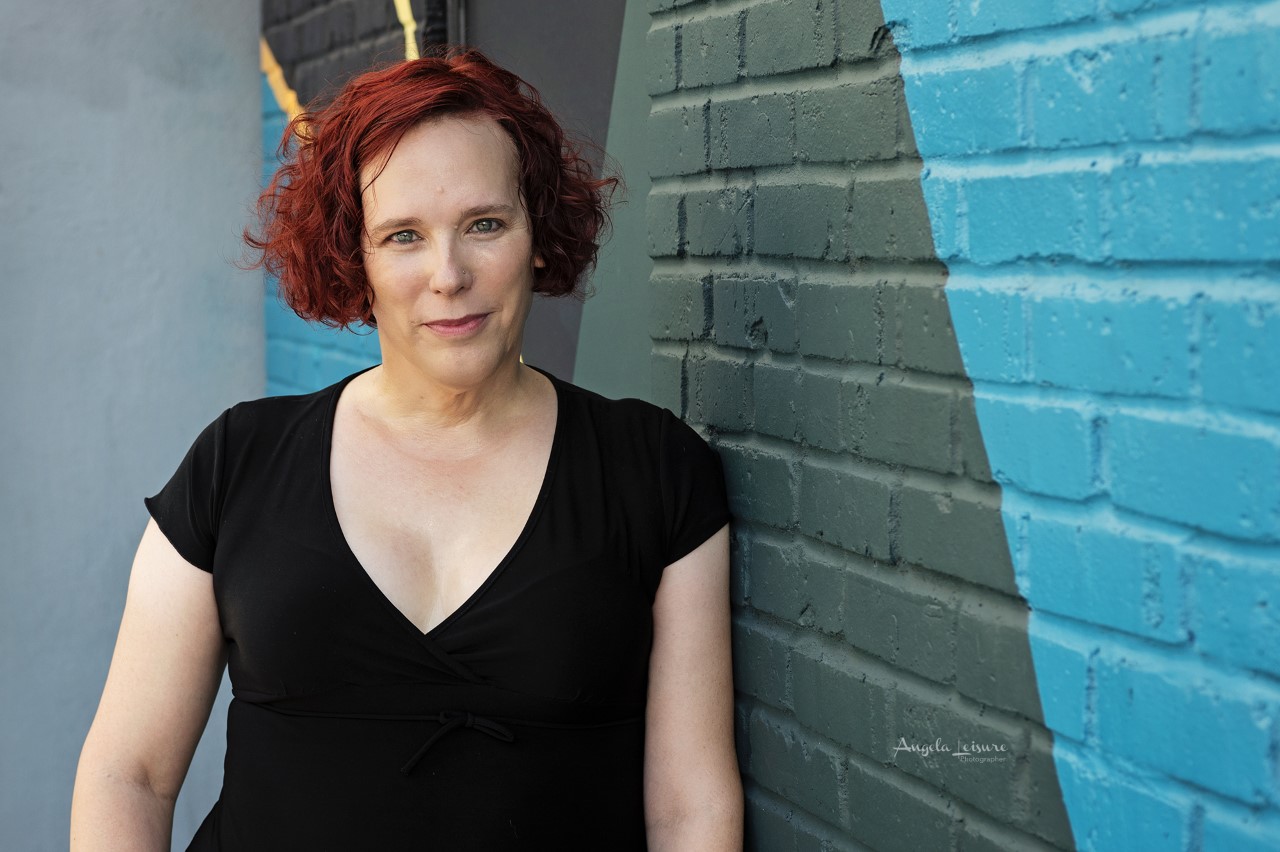 Throughout their life, Addison Smith has been a force, and these days are no different. Today, they’re more focused than ever.

Since 2017, Addi has been growing their brand under Addison’s Agenda, a website they launched to promote their business, advice, and life’s musings. In the midst of COVID-19, they developed a YouTube channel and a video series called Ask Addi as a service to educate people on how to talk about genderqueer issues, including the language around the topic.

Originally from Hurricane, W. Va., with a wife and daughter, Addi pursued a bachelor’s degree at Marshall University, while working at a local library to pay rent. Addi moved to Muncie in 1998, to pursue a graduate degree in music composition at Ball State University. After a divorce in 2008, they put their dissertation on music composition on the back burner, and pursued a master’s in digital storytelling at Ball State. It was during these years, Addi learned of someone who identified as genderqueer, something they had not heard of before.

Suddenly, they saw themselves differently.

“I looked it up and spent an entire night reading about genderqueer stuff, until I realized I was non-binary,” said Addi. “That was the first layer of the onion of denial that I had been living with most of my life.” Addi followed up this self-discovery by creating an eight-part video series on modern gender theory.

Today, Addi, who is an Education, Music and Media Specialist at Ball State’s Bracken Library might say they’ve been transformed, but it is their life’s work that is dedicated to transforming the lives of others.

After discovering themself, Addi started participating in Muncie OUTreach, Delaware County’s only LGBTQ+ youth group. They joined Finding Spirit, a support group for transgender and gender non-conforming individuals. In 2017, Laura Janney of Muncie OUTreach suggested they do public speaking events about LGBTQ+ topics. Addi’s background in music and stage performance made for an easy transition into presentation.

“Education is very important, and because Addi had so much self-confidence, it seemed like the perfect fit,” Janney said.

Addi has since been doing public speaking events for organizations throughout Indiana, as well as Oregon and Iowa. Addi’s goal is to educate cisgender people on how to approach and communicate with people with genderqueer identities. For example, they are working with Girls Inc. of Greater Indianapolis to teach volunteers, staff and children about transgender and non-binary identifying children who may join the organization.

“Every time Addi does a presentation it helps someone,” Janney explained, “whether a parent better understands their child, or a young person more deeply understands what they have been feeling, or an employer can make life easier in the workplace – someone is always changed.”

Addi is using their YouTube channel to answer frequently asked questions about genderqueer identities, appropriate language to use, and how to address people who identify as genderqueer.

Addi is working on removing the stigma that identifying as transgender, non-binary, genderfluid, etc. creates.

“The complexity is having to deal with other people,” Addi stated. Addi is writing a book that promises to provide more depth about the topics covered in their videos. Their website also provides educational resources on LGBTQ+ topics, and provides information on how to get into contact and reserve a presentation or workshop with them. They currently serve as Director of Education for Indy Pride, and as a board member at Gender Nexus.