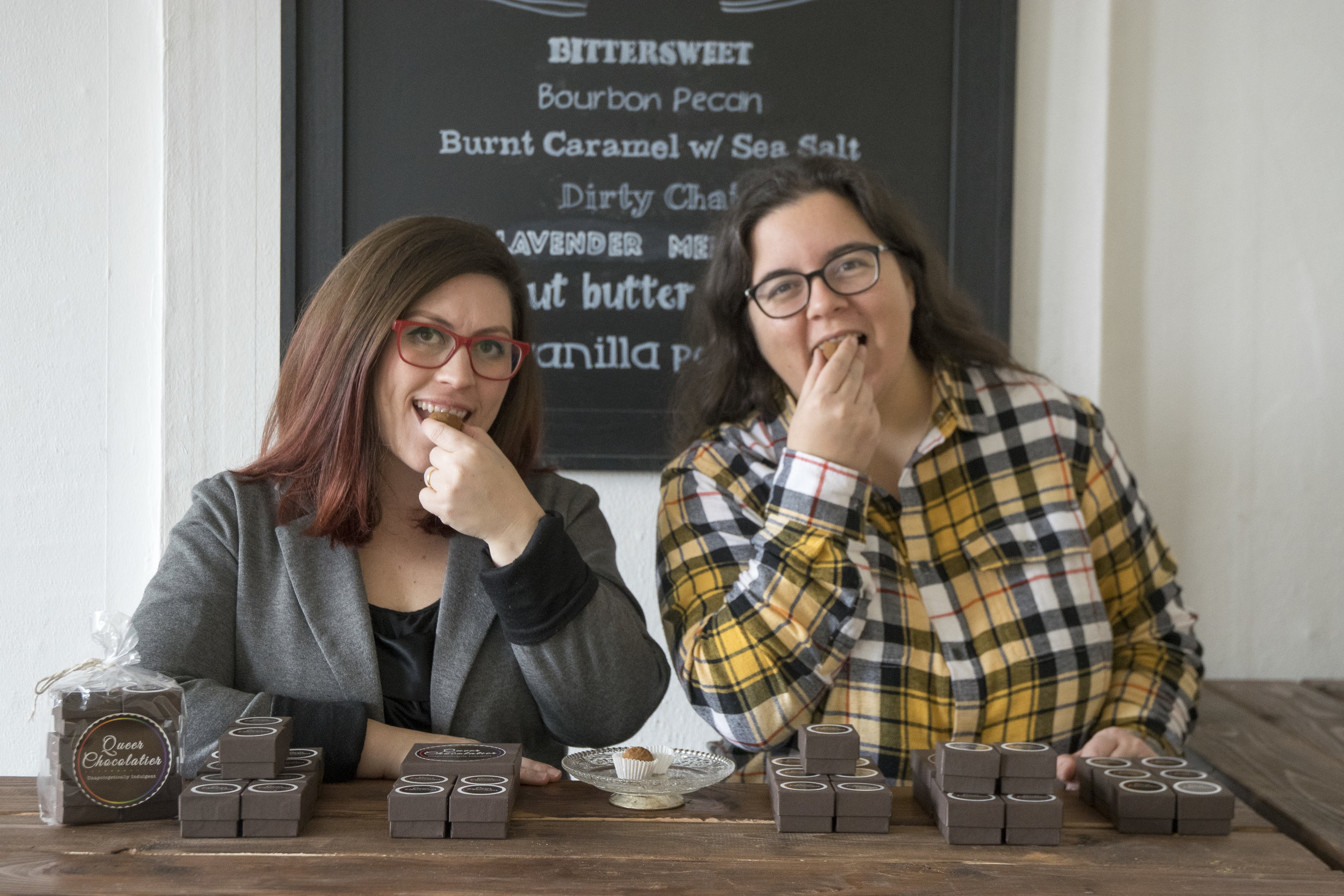 For the LGBTQ+ community, coming out at work is scary, and some say laws should be changed to protect those who could be targeted because of their sexual orientation. Almost half of persons who identify as queer are closeted at work, according to a 2018 study by the Human Rights Campaign Foundation.

Three years after the survey, finding a safe space at the office remains challenging for LGBTQ+. One local couple is doing what they can to provide an inclusive environment for employees and customers.

“I’m so proud of her in owning this business, Queer Chocolatier, and so I had to talk about it. It’s my life. It’s who I am,” said Cheri Madewell about her wife and owner of Queer Chocolatier, Morgan Roddy. For the Muncie couple, their identity became central to their entrepreneurial venture. Madewell and Roddy spoke to Inform Muncie earlier this year. Listen to their podcast at Inform Muncie podcasts.

For most who identify in the LGBTQ+ community, work and their sexual identities are wholly separate. Some believe it is risky to be transparent. “I was actually outed to my coworkers without my knowledge, so that was fairly harassing and it kind of made for a hostile workplace,” Roddy said.

Laura Janney, founder of Muncie OUTreach, says Indiana’s status as an at-will state has had a negative impact on members of the LGBTQ+ community, especially transgender people. “We had someone who came out at work and they were fired the next day,” Janney said. “If they aren’t fired, many in the community still struggle after coming out due to coworkers refusing to use correct pronouns or preferred names.”

Indiana is among 21 states and all five territories that have no laws in place prohibiting discrimination based on sexual orientation or gender identity.

“In the beginning, I wasn’t treated with as much respect as a cis, white man would be treated with,” said one person who wished to remain anonymous. “I felt like I had to measure up to their standards and tone down my queerness and ‘transness,’ ” they said. “I was very scared to express those qualities of myself.”

In their eyes, trying to get a feel for the workplace culture is one of the most important parts of job-hunting while being queer. “I would hate to see someone take a job knowing that it would not be a place where they could be comfortably out and accepted. You have to take care of yourself and stay true to yourself.”

Madewell and Roddy say representation matters. At Queer Chocolatier, they started with the right nametags.

“I just realized that folks in the service industry often are misgendered, and I thought that [name tags with an employees’ pronouns] would be a normalizing way for folks to feel comfortable using their pronouns.”