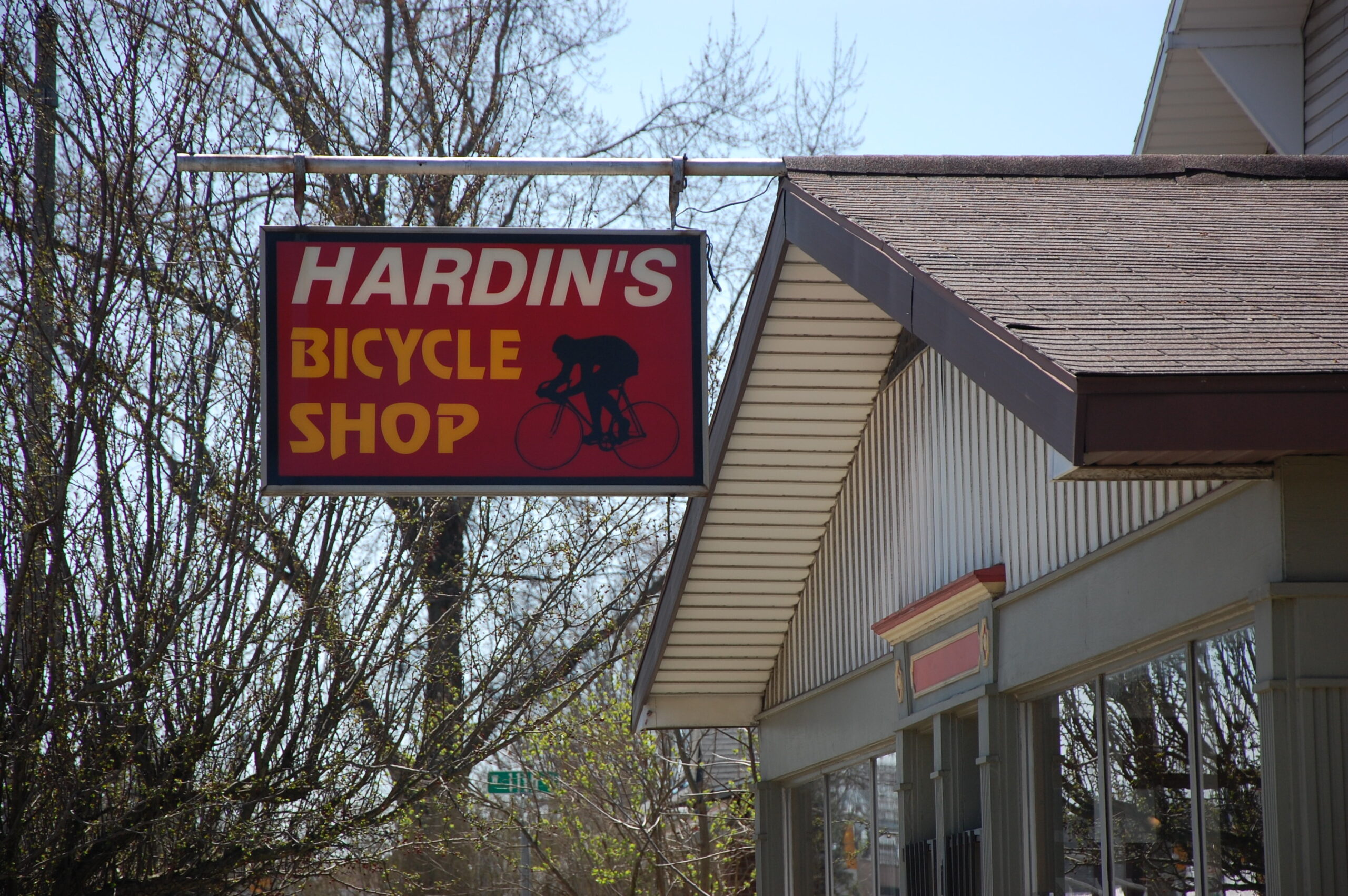 When the pandemic closed the doors of thousands of businesses in 2020, bicycle shops were declared essential and remained open. Bicycling offered an opportunity to spend time outside and get some exercise. Three months into COVID-19 lockdown, Hardin’s Bike Shop had sold nearly everything in their store.

“It’s about all families could do together when everyone started getting restrictions,” said Todd Stacey, owner of Hardin’s Bicycle Shop. “Bike riding was at the top of the list of things people could do.”

The influx of customers at Hardin’s nearly doubled store sales in 2020. In an average year, the shop sells around 200 bicycles and completes about 450 bicycle repairs, Stacey said. By the end of 2020, the shop had sold more than 300 bicycles and repaired nearly 1,000 bicycles. The increased demand for bicycles caused shops to experience a shortage in merchandise, Stacey said. “People started combing yard sales, pawn shops, and storage units searching for salvageable bikes.“

“People were bringing stuff to me that looked like it had been sitting in the barn for 25 years,” said Stacey.

Since manufacturers around the world have only recently restarted production, there is a shortage in bicycles. Hardin’s sold its last new bicycle in June of 2020 and has yet to receive another shipment.

Sales of leisure bicycles in the United States increased by 121 percent in 2020 compared to the previous year, according to data from the NPD Group, a market research company.

Stacey placed an order for 63 bicycles at the beginning of 2021. By the end of March, he had received nine of the bikes and six have already been sold, leaving Stacey with three bicycles to sell throughout the summer.

Hardin’s Bicycle Shop sits on the corner of 11th and Walnut Street in the South Central neighborhood of Muncie. Residents in the surrounding area have begun donating old bicycles to the shop in order to keep some bikes on the racks. In 2020, Hardin’s received 60 donated bikes and already has received 20 donations this year.

At Hardin’s, customers can also find replacement parts and accessories for their ride. Sixty-two percent of cyclists who died in 2019 were not wearing helmets, according to data from the U.S. Department of Transportation. Hardin’s carries bicycle helmets in various sizes and designs for all ages.

Stacey takes pride in the familial environment of Hardin’s. Children can bring their own bikes to the shop and Stacey or another mechanic will assist them in fixing it themselves. Stacey is willing to teach anyone about repairs, even though it may ultimately take away business.

“Whether it’s a bike shop or a restaurant, shop local, shop smart, and support the small businesses.”