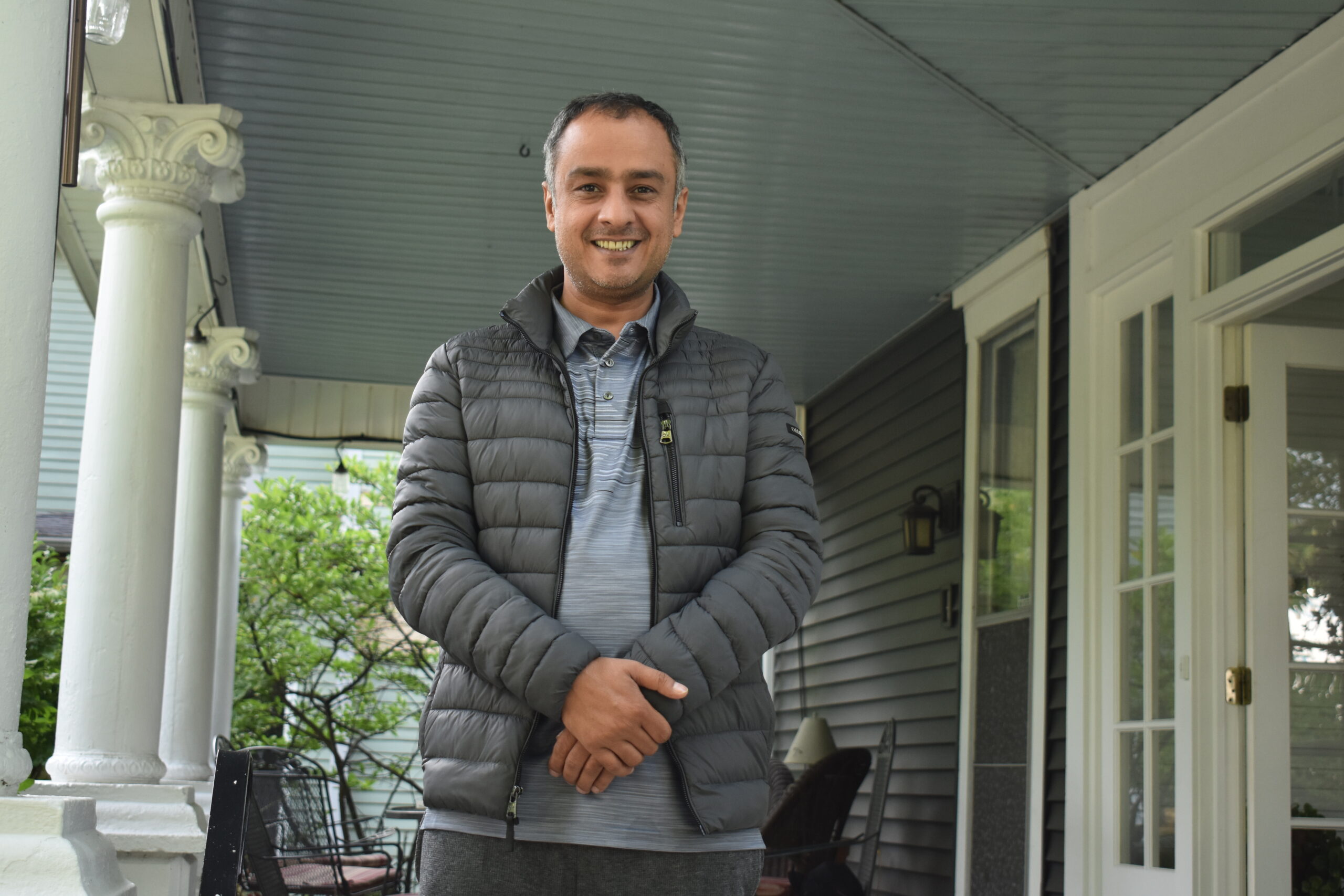 When chaos came amid the invasion of Kabul, Faqiri did not initially think he would leave Afghanistan’s largest city. Instead, he returned to his home. Immediately, he began efforts to help others get to safety, “I became a case manager, at home, for all these people,” he said.

However, on the last day of U.S. evacuations, a marine friend called to tell Faqiri he needed to either leave or disappear. He knew that if he had to disappear, he would go to Panjshir – the heart of the Taliban resistance at the time. But he also knew this opportunity would be fleeting, even with a passport and his dual citizenship in Afghanistan and the United States.

So began the long, frustrating and sometimes harrowing journey back to the states.

Ball State University has a close relationship with several universities in Afghanistan and Faqiri, who came to Ball State in in 2007 as a Fulbright Scholar, went on to earn a bachelor’s degree in journalism and later a master’s degree in political science.

He was a graduate assistant in the Department of Journalism in 2011 when Ball State departments of Journalism and Telecommunications secured a U.S. Department of State grant of $1.2 million called AJEEP, the Afghanistan Journalism Education Enhancement Project. The purpose was to help build journalism education at Afghan universities.  The AJEEP program included several Afghan and U.S. universities.

Faqiri was an interpreter during the project. It was during this time, he applied for U.S. citizenship. It was a decision that would pay off 10 years later.

Faqiri talked to Inform Muncie about the last two weeks of August 2021 and the harrowing experience trying to find safety.

First, he was flown to Germany. There, he slept in a large tent with 500 other refugees. There was no warm food or beds. Refugee slept on the floor and were given small bits of food like bananas, bread, and apples. “You just miss the simple things in life, you just want something warm – it doesn’t matter what it is,” he said.

Because Faqiri is a U.S. citizen, he was able to secure a seat on a plane. Not everyone was so fortunate. He knew one of his friends was going to be left behind, if left on her own. In a split second, he decided to take her with him. He introduced her as his wife so that she would be allowed to board with him. “It’s just saving another life,” he later recalls.

From there, he is transported by bus and moved to an airport. There he got a blanket and a cot and was able to finally get some rest but he slept through the first warm meal in days to be offered. Between processing, holding, and waiting for a flight, he spends another extended period of time Ramstein Air Base. When he’s called to his flight, they take him to a makeshift terminal. From there, he spends another near two nights waiting for a flight to safety.

When he finally arrives in Washington D.C., where he meets a friend. “I’m a smoker. And at this point I’m dying for a cigarette. I ask him ‘can you please bring a pack of cigarettes?’”

From there, Faqiri rented a car and headed for Muncie, which was about a nine-hour drive. But he didn’t mind. It felt like freedom, he said.

It took Faqiri one week to get from Kabul in Afghanistan to Muncie. He left many friends behind yet stays in touch with them now, and continues to work on their behalf. “What if they take [them] hostage and ask me to come back?” said Faqiri. “They’ve taken the entire country hostage.”

Faqiri wants to use his freedom to tell stories of the freedom fighters, and raise awareness of what his countrymen are up against. He says news coming from Afghanistan is manipulated by the Taliban. Faqiri wants to help those fighting the Taliban, because in his eyes they’re fighting for freedom, and “freedom doesn’t come free.”