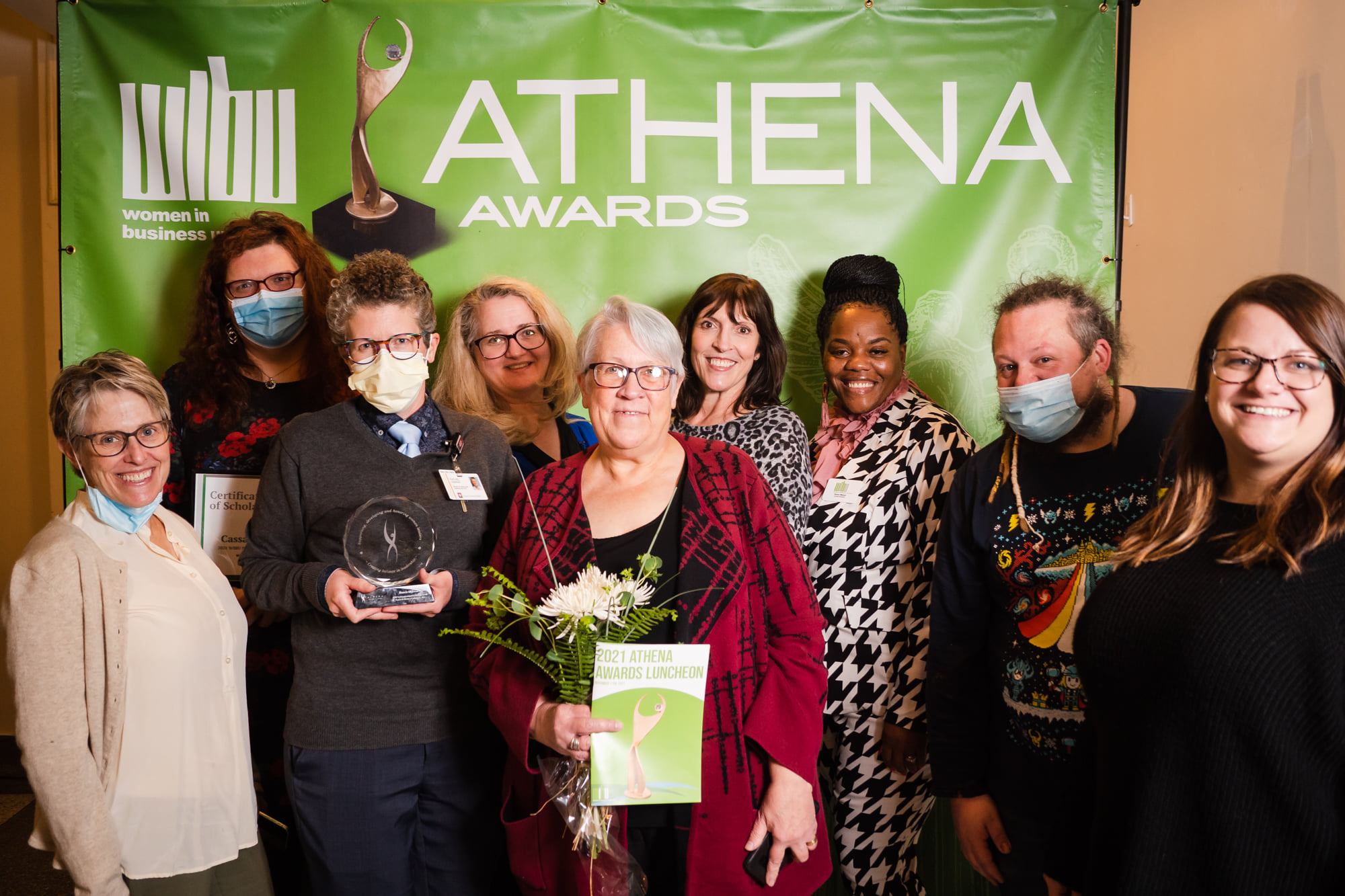 Muncie OUTreach, an LGBTQ+ youth group, is rebuilding after COVID-19 slowed its growth and limited its access to the people who need it most.

“Before COVID we had so much going on,” says founder Laura Janney. “We had over 50 kids a meeting, a prom, and home to the only LGBTQ robotics team in the state of Indiana. Unfortunately when COVID came, it shut us down totally. We went to Zoom, which was terrible. The kids don’t like Zoom, I don’t like Zoom, nobody likes Zoom. It was harder for a kid to join us if he was living in a household that was not gay friendly or if he was in the closet.”

The organization has made a lot of changes. They are back in person this year, making sure to refrain from the large groups that they’re used to seeing. “We haven’t had that problem because our attendance has been lower this year,” Janney says.

Muncie OUTreach is the only organization of its kind in East Central Indiana, and one out of just five locations in the state. Janney says she started the program because she had to take her own son, who is gay, to a youth group in Indianapolis to find a safe space to connect with peers about LGBTQ+ issues.

“In my visits to Indiana Youth Group I learned what other gay kids were going through,” Janney says. “The suicide rate is high, depression rate is high, family rejection is high. I knew what having peers around Matt did for his confidence. I wanted to bring something like that closer to home, here in Muncie.”

OUTreach offers educational and fun programs, Janney said. Weekly activities include table top games every Saturday, art classes every Wednesday, a support group for adult transgender and gender non-conforming individuals, as well as a support group for the parents of LGBTQ+ kids.

Janney believes the support of other parents made acceptance easier for her and her family.

“When you have a heterosexual brain, you plan a heterosexual life for you kid,” she said. “I planned for him to grow up and get married. I did not think about him being gay. It was eye opening for me. We went to Indianapolis and talked to strangers because it felt safe. We did not want to “out” our kid or our family until after we processed it, which is why OUTreach offers the parent support group. It is easier talking to people who share similar experiences.”

OUTreach is an all-volunteer organization whose purpose is to make a difference in the Muncie community.

Leelah was a 17-year-old transgender girl whose only support had come from online interactions. On Dec. 25, 2014, she walked in front of a semi and killed herself, Janney said.

“I didn’t know what that girl looked like but I saw each and everyone of my kids in her face,” Janney said. “So that kept me going and still keeps me going.”