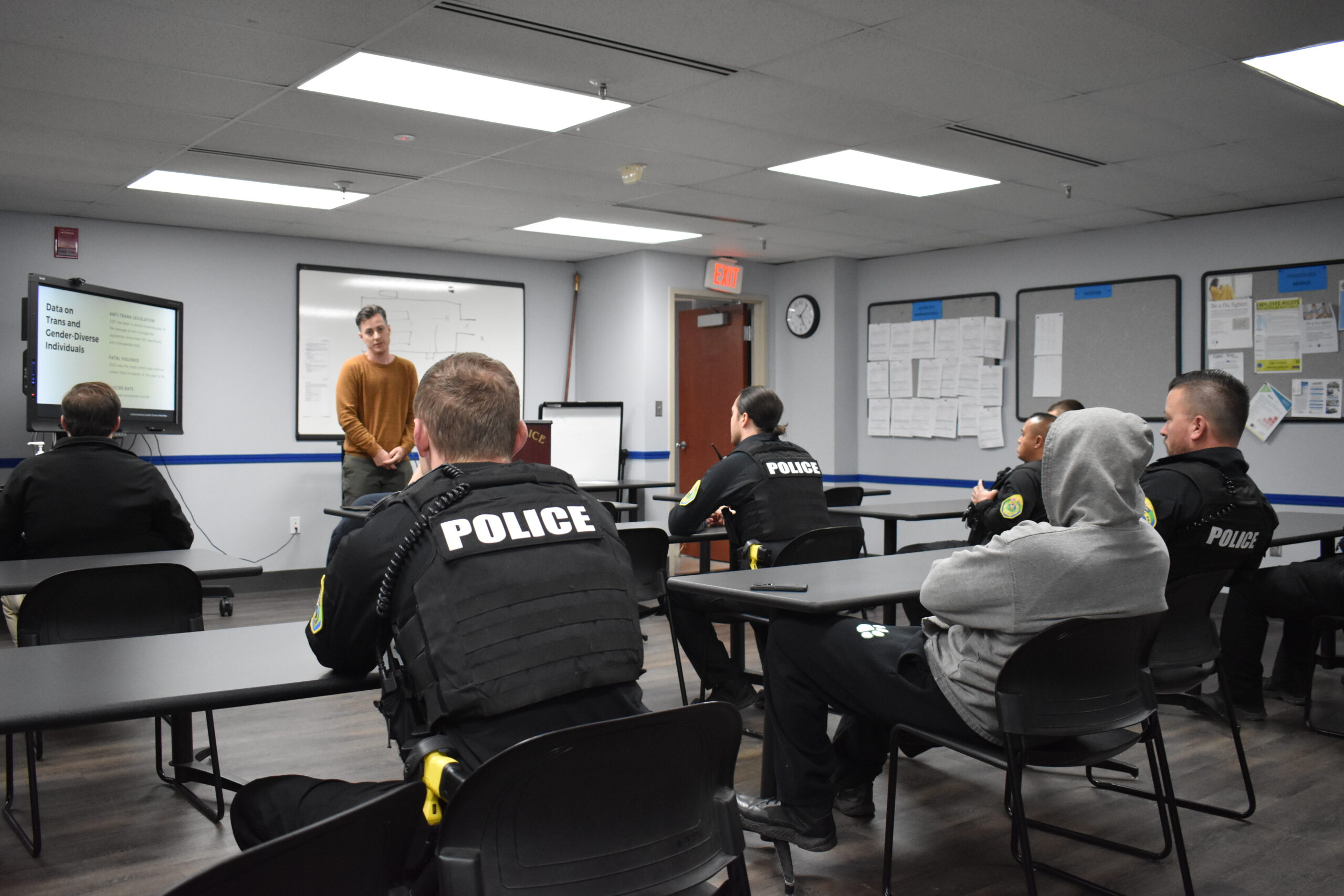 Trans-sensitivity training and clinical competence in transgender care is an emphasis for Muncie’s frontline workers including police and fire departments and the emergency medical service workers.

Altogether, about 100 men and women, covering first, second and third shifts, participated in 11 training sessions that were designed to teach responders how best to interact with a population that might be new to them.

Leo Caldwell, a trans-man, who is a lecturer at Ball State University and comes from a background in visual communications and learning and development. Their academic research focus are issues in the LGBTQ+ community, including gender identity and transgender health.

“It’s important they get as much accurate information as possible in a short amount of time,” Caldwell said. “The training focused on the initial interaction with someone who is gender diverse – and how to ask questions in a respectful and kind way.”

Trans people are four times as likely as cisgender folks to be victims of violent crime but 57% of trans people are afraid to go to the police because of a history of discrimination, according to data from the National Center for Transgender Equality’s survey. More than half of respondents (58%) of the largest survey of trans persons reported some form of mistreatment from the police.

“Clearly, trans folks need the assistance of police being more likely to experience violent crime but are less likely to go to them,” said Caldwell. “This is an important gap to close.”

Caldwell says the training consists of sharing statistics and lessons on building empathy of the community. “I do a quick overview of sex, gender and sexuality with a special emphasis on sex because even it has more gray space than the binary but a lot of folks don’t realize this,” they said. “I also cover some appropriate and inappropriate language to help them gain the most information from those they are serving. We cover asking for pronouns and other terminology.”

Health care needs for the queer community facing first responders, charged with providing protection and emergency care for everyone, range from primary care needs to trauma care to mental health issues to social and medical advocacy, speech/voice care and surgery.

Dr. Melinda Messineo, a professor of sociology at Ball State University, has provided implicit bias training across the same work groups, she said. Trans-sensitivity training is another level of discussion that can only make first responders better prepared for who they might encounter. “We know that the task of building our cultural competency is never complete.  We need to keep learning and growing in our understanding of other people’s experiences. By connecting with people with lived experience, we can build our knowledge and our empathy.”