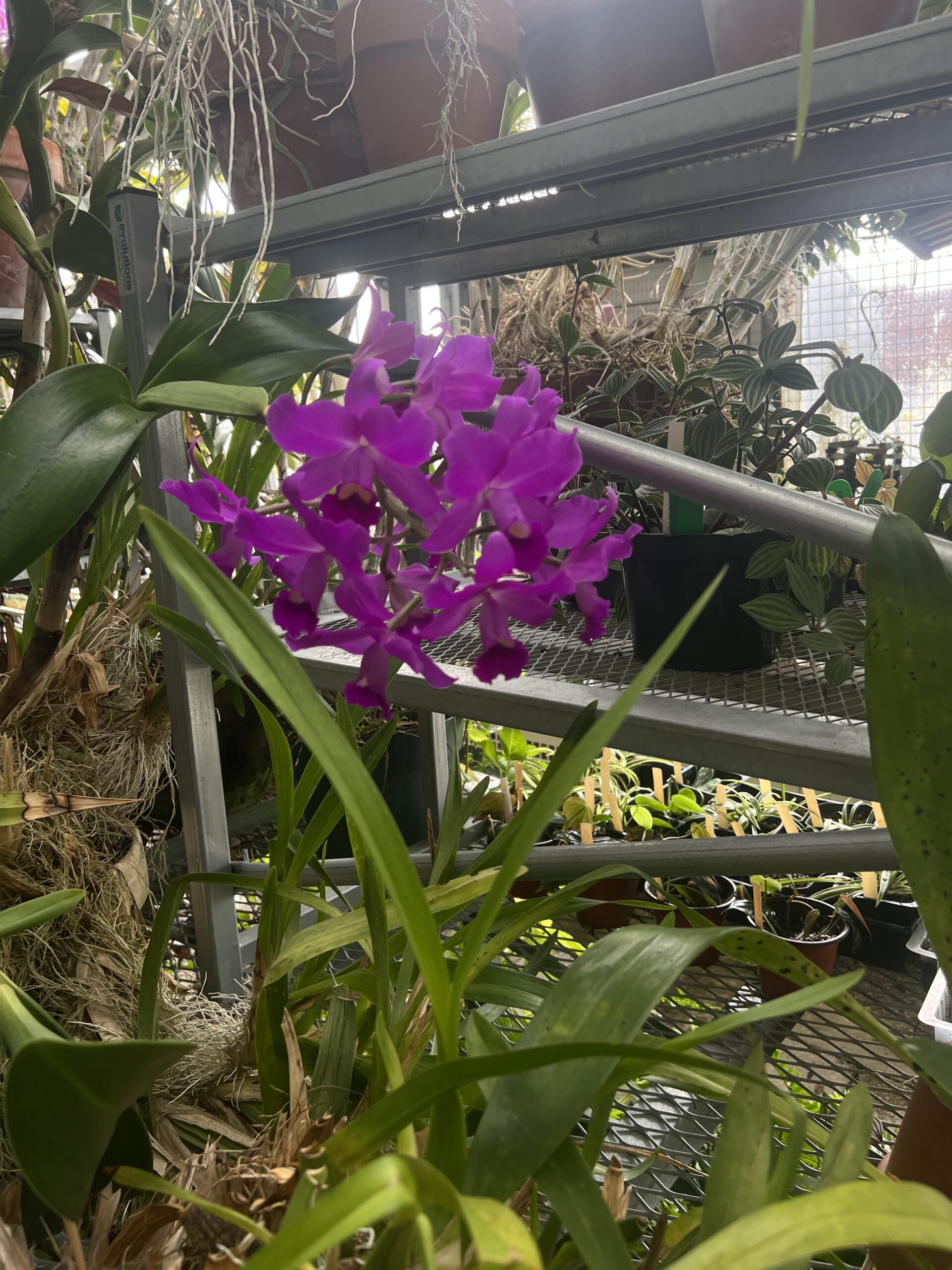 MUNCIE, Ind. – What started as a few students nursing a small collection of orchids now holds the largest university-based orchid collection in the United States. The Rinard Orchid Greenhouse at Ball State has grown into a nursery that now takes up three rooms.

The orchid collection was originally started because of a woman named Goldie Wheeler, who was a member of the American Orchid Society. She had a large collection of hybrid Cattleya Orchids, which are very showy, fragrant, and long-lasting and are used for bouquets corsages. Wheeler did not want all of these flowers to get composted.

“Basically, she wanted her legacy to live on,” Oliver said.

Wheeler asked Ball State to care for her collection, but they did not yet have a greenhouse. This inspired the university to build the greenhouse using donations.

The greenhouse has since remained relying on donations, both monetary and floral, if you will. They receive donations of orchids from people’s personal collections in order to grow their collection.

The greenhouse is also one of 80 places in the U.S. that is allowed to take in illegally trafficked orchids. “If there’s something that rich people want, they will find a way to get it,” Oliver said. “There’s a very strong black-market trace for lots of things. Orchids are one of them.”

The orchid greenhouse has grown to fill three rooms. The conservatory is the first room, introducing visitors to the rainforest and some different concepts of it. Here they do not have many orchids, but they work to educate people on how common orchids are in everyday life. For example, vanilla is an orchid that people use every day. There are also over 40 orchids native to Indiana.

“So we try to introduce those concepts here, but also the other plants and animals that we rely on in this space, not just from a human perspective,” Oliver said as she took a group of journalists through the room.  “It’s also trying to be able to appreciate nature and appreciate what’s around you [so] you’re more aware of it. So, this room is an example of all of those concepts.”

The second room is the warehouse. It has the same tropical climate as the conservatory, but the collection in this room is made up almost entirely of orchids.

“In this room, we are trying to treat the orchids – take care of the orchids as best as we can to mimic their tropical natural conditions,” Oliver said. Because of this, this room contains hanging baskets, fake trees and canopies. “So, you’re probably going to get hit in the head by plants.”

Here there are many different brightly colored species of different shapes and sizes. Some of the orchids in this room even look like birds or insects to trick real ones into pollinating the plants.

The final room in the greenhouse is the cool house. This room mimics the climate on mountaintops and mountain forests in South America and Eurasia. These orchids have evolved to have the characteristics necessary for survival in the cold, including attracting flies.

“The plants for the most part tend to be smaller; they tend to be a little funkier they have evolved to live in more extreme conditions,” Oliver said. “They are often fly-pollinated but certainly not all of them. And some of them their flowers are very, very different.”

Across all three rooms, visitors can both look at and learn about many types of orchids and their growth patterns and conditions.

The Rinard Orchid Greenhouse has itself evolved over time to become what it is now. They have several upcoming programs and events for different community members.