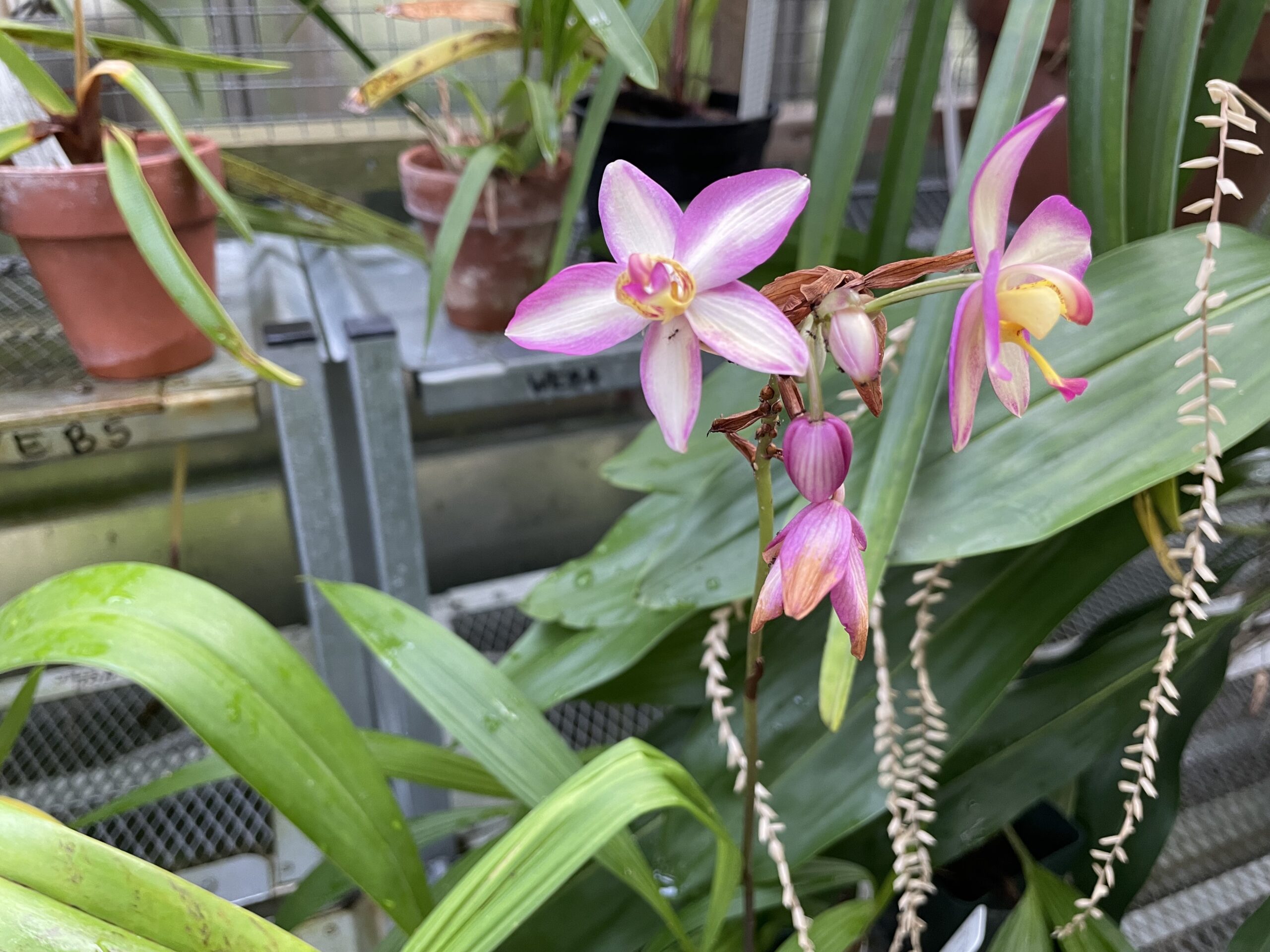 In 1970 a donation of orchids was given to Ball State by a woman named Goldie Wheeler who started the largest university-based orchid collection in the United States. This collection now is in a 3,400-square-foot greenhouse and contains over 2,000 orchids in the collection.

Wheeler grew outdoor plants and orchids for Florist and in 1970 when she decided she needed a home for her collection she chose Ball State.

“She didn’t want all her plants to get composted. Basically, she wanted her legacy to live on. She asked Ball State to access the collections. They did, but we didn’t have a greenhouse yet,” explained Erica Oliver, greenhouse coordinator.

“We wanted to do something more significant and university minded we needed to go in another direction, so I started the species bank,” said Russ Vernon former curator of the Wheeler Orchid Collection and Species.

This meant if an institution or individual donated an orchid, not already in the collection, they could then request another species in the collection once it was divided. This served as a thanks for their donation and went over great with the public. With this species bank, the greenhouses collection was able to grow to over 2,000 different orchid species that are still growing in it today.

Next, the greenhouse continued to grow when Dr. Joe Renard, who was a lead donor of the facility, created the conservatory for his wife Alice. When walking through this conservatory you may see things like: birds, bats, bees, butterflies, fish, or turtles, with all this you can defiantly count on seeing orchids.

Along with donations Ball State also can acquire orchid species that were confiscated to add to their collection.

“We are one of 80 places in the country who can take in illegally trafficked orchids. If there’s something that rich people want, they will find a way to get it,” said Oliver when speaking about where some of their most rare species have come from.

When orchids are compensated on planes or ships or wherever it may be in the country rather than getting rid of them Ball State takes care of them and helps them to thrive. From this they sometimes acquire new or endangered species some of which Oliver noted they may not even know they exist yet. It’s very hard to identify an Orchid until it has bloomed, which for some species can be a process that takes years.

There even are edible Orchids included in the collection, which is their vanilla Orchid Plants. These plants are found throughout the central band of the globe including Mexico, New Zealand, and Portugal.

So that the Orchids may feel as much as like they are in their natural surroundings as possible a big Epiphyte tree also known as a cork tree because of its cork-like bark, stands tall in the greenhouse. Real materials from Spain and Portugal are used to make the bark so the Orchids naturally grow off of it.

The collection is always open to the public and in full bloom, even during the winter. All year round it features educational displays, student art exhibits, and features that change with the season so no matter what time of the year it is there is always an Orchid to see.