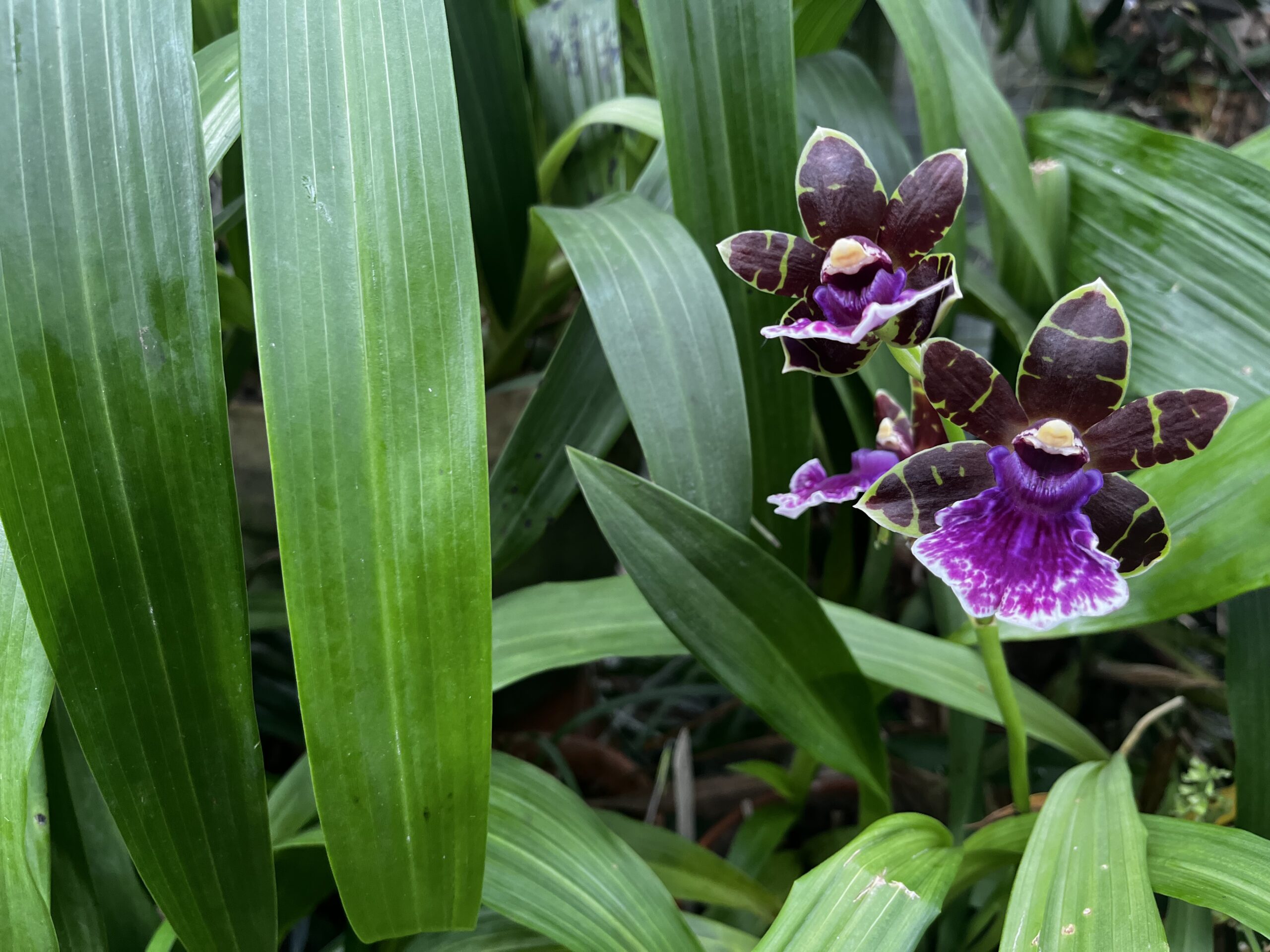 As you walk up the sidewalk, the building’s plants and flowers shine through its glass windows.

From the outside, you see green scattered throughout the establishment, filling up each room from top to bottom.

The Dr. Joe & Alice Rinard Orchid Greenhouse, located inside of Christy Woods on the southwest end of Ball State University, was founded in 1970 after Goldie Wheeler chose Ball State as the location for her orchids and outdoor plants. The university built a greenhouse for her orchid collection and has expanded ever since.

There are more than 30,000 orchid species, and the majority of them can be found around the equator.

“Orchids are a very valuable commodity,” Oliver said. “Orchids are wonderful and beautiful, but people often do not understand what orchids are or where they’re from.”

Vanilla is used for multiple things, including flavoring in food and drinks. It’s also used for flavor in syrup in medication and fragrances for perfumes.

However, vanilla is also an orchid. It’s the second most expensive spice in the world and is the only orchid grown for agriculture.

Most of the commercial vanilla available is Madagascar vanilla, which is grown in agriculture and plantations. Caribbean vanilla, which grows in Peru but isn’t as effective for large-scale agricultural production.

“People don’t know they literally have orchids, or products of orchids, in their spectrum,” Oliver said. “So we try to introduce those concepts here but also the other plants and animals that they will face. Not just sort of human perspective, but it’s also trying to appreciate nature, like appreciate what’s around you and be more aware of this.”

Susan Orlean, author of “The Orchid Thief: A True Story of Beauty and Obsession,” described the special constructions of orchids in “Orchid Fever.”

“Orchids have adapted to almost every environment on earth,” Orlean said. “They can be mutated, crossbred, and cloned. They can take the form of complex architectural structures or of garish, glamorous, luscious flowers.”

The Rinard Orchid Greenhouse has a warm house, which replicates the same temperatures as the first room but contains exclusively orchids and is larger. In this room, the staff’s goal is to treat the orchids and imitate their tropical natural conditions.

“There’s more space in here so they can regulate better,” Oliver said. “The plants also do a lot of regulation themselves … plants breathe just like we do, so they are able to provide community to the space and they’re taking CO2 and oxygen.”

Most of the plants hanging from the ceiling don’t have anything in their basket or pots because they normally don’t grow in soil. Instead, they would be growing attached to plants. Other plants have bark chips and wine corks in their pots since orchids usually attach to tree bark.

In addition to its warm house, The Rinard Orchid Greenhouse has a cool house to duplicate the South America and Eurasia cloud and montane forests.

Orchids are in every continent except Antarctica and the greenhouse treats the plants in the cool house to survive in thinner air and high humidity conditions.

“The plants for the most part tend to be smaller, they tend to be a little funkier,” Oliver said. “They have evolved to live in more extreme conditions. They are often fly pollinated, but certainly not all of them, and some of their flowers look very, very different.”