Loren S Dent | Veil of Darkness: An Expansion on the Hypothesis in the Context of Racial Profiling 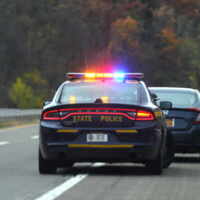 The Veil of Darkness (VOD) hypothesis presents an opportunity to test for racial profiling in traffic stops without requiring external estimates. It is a hypothesis that police are
less likely to identify a driver's race before stopping them after dark than during daylight. This study's data comes from the Chicago Police Department’s Investigatory Stops between January 1, 2016, and February 28, 2017. This study seeks to expand on the VOD hypothesis by examining investigatory traffic stops while also considering the vehicle's make and model. The use of a natural experiment based on daylight impacting the likelihood of officers conducting a traffic stop because they can see the race of the driver (according to VOD), and examining investigatory stops will allow the researchers to consider the intent of the officer in the context of racial profiling. 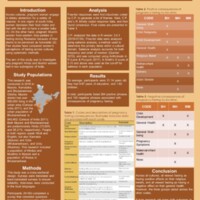 In this study, we explore motivations for fasting during pregnancy among three populations in India.

As the world continues to look for new ways to create electricity, renewable energy has been rising in its popularity and use. These farms provide tons of electricity for cities that these turbines surround. The closest windfarms to Muncie are located near Winchester in Randolph County with more becoming operational. InsideIndianaBusiness reports that the within the past few years, EDP Renewables has picked up 17,000 acres to build on in less than a year. Project manager Paul cummings has stated that residents have embraced the wind farms and have been easy to work with.
Delaware County currently has no wind farms, and it doesn’t look like it will in the near future. The last proposal back in 2013 was met with backlash with zoning being one issue. The proposal stated that Turbines will be located 1,000 feet from buildings and 2,000 feet from cities and towns. The proposal can be found on the Delaware county website along with an article about the health impact from these turbines. This proposal and website should be revised to help advocate for these turbines while the new proposal could have revised zoning distances with plans on where to build.
Using Randolph County as a guide, this presentation will advocate educational strategies to overcome objections and introduce wind farms to Delaware County. 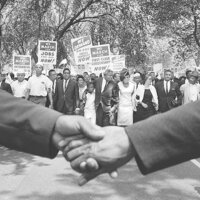