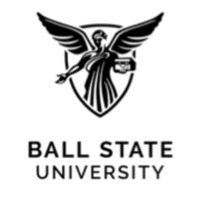 Recreational firearm users are exposing themselves to prolonged and repeated sound intensity levels that are considered dangerous to human hearing. While many shooting ranges and gun clubs require shooters to wear hearing protection while shooting is going on, often the type of hearing protection devices appropriate to the sound levels shooters are exposed to are not clear. Another consideration is that while someone may use hearing protection devices (HPDs) while at shooting ranges or gun clubs, they may be less likely to do so on their own property. This study sought to determine what attitudes of local recreational shooters are towards hearing protection devices and noise induced hearing loss, as well as to determine if there were differences in the attitudes of different age groups through the use of a survey. Another goal of this study is to use information obtained from survey responses to aid the researchers in catering hearing conservation information for shooters that is more finely focused on local attitudes and any adjustments that may need to be made to these attitudes. The hearing conservation information will then be distributed to local shooting ranges and gun clubs, as well as through social media. In general, survey responses indicate that there are some differences between age groups, though further research is needed.