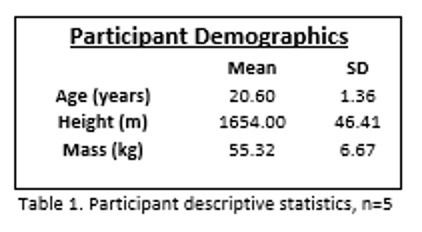 The data reviewed here represent a few of the variables that will be statistically analyzed in the future. Highlighted below are some of the trends favoring the current hypothesis that the SSVJ displays more ACL injury risk factors than the DVJ.

*Internal moment refers to loading at the specified joint

SSVJ shows less knee flexion at initial contact compared to the DVJ. Landing in a more extended position may cause higher impact forces on the joints, another risk factor for ACL injury.

SSVJ shows greater knee abduction at peak knee flexion when compared to the DVJ values, which show slight adduction. Knee abduction creates a valgus force at the knee which can increase the risk of ACL injury. 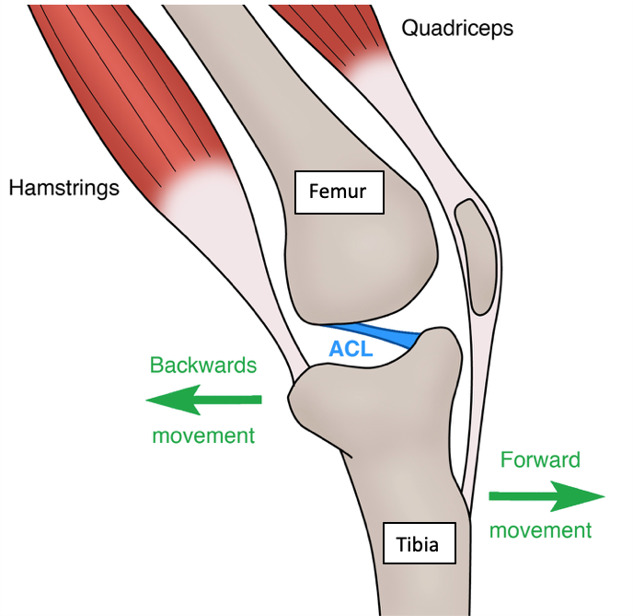 The quadriceps to hamstrings ratio is commonly looked at when assessing the risk for ACL injury. Overpowering quadriceps activity can create an anterior shear force on the knee causing the Tibia to slide forwards over the Femur, bringing the ACL along with it. We rely on the hamstrings muscles to counter that force, however, these muscles are a much weaker group. A 3:2 quadriceps to hamstrings ratio is favorable. The data here show much higher muscle activation in the quadriceps than the hamstrings during the 50ms to initial contact phase as well as the initial contact to 100ms following phase. ACL injuries tend to occur during the latter phase, where our data show a higher imbalance.